Back to all posts

Unreliable Magic: Songs, Spells, and the "Self" (and a show!)

Greetings from the islands of Hawaii!

Sadly, no, I haven't moved or anything, but we are here on a family vacation (with the extended family...which always adds some...shall we say, "interesting" additional dynamics). I'm basically a walking sunburn waiting to happen, but SPF 40000 is pretty effective and the view ain't too bad! 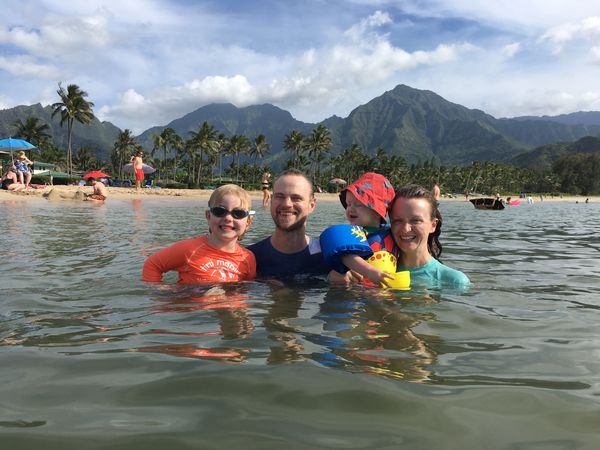 Nothing says "rock and roll" like swim shirts and floaties!

Anyway, this is gonna be an essay of an email, so here's the TLDR version:

Unreliable Magic: Songs, Spells, and the "Self"

Anyway, I've been doing a lot of thinking over the past few months about songwriting and the strangeness of the "self." Now, I'm hardly the first person to point this out and will certainly not be the most eloquent, but it really is true that we are many different people over the course of a life.

I've also been thinking about magic. As a kid, I was super into fantasy stories (Lord of the Rings, all the Forgotten Realms stuff, Drizzt Do'Urden, basically just a D&D nerd...). And the thing is that I don't think I ever stopped. In those stories, magic and strange adventures transformed normal people into heroes, made life into an epic, and made me feel like maybe I wouldn't always be a dorky 15-year-old with dubious social skills.

Those books were spells themselves: they summoned whole universes and transported me there. I would eat whole summer days reading books like that. Plowing through hundreds of pages at a time and then swapping books with my friend Josh and doing it again. (And Josh...if you're reading this, I think you still owe me fresh copies of 5-6 books that you managed to drop in the bathtub while reading them...not to mention all those folded back covers...what kind of monster folds back a book cover?!).

As I got older, went to college, starting talking to actual girls and even, occasionally, dating a few, I slowly lost interest in fantasy novels. I still read one here and there and, while I enjoy it, I also end up feeling a curious sense of disappointment and dislocation when I'm done. It's a strange combination of feeling sad to be back in the real world and...I don't know...maybe somehow guilty that I spent so much mental energy leaving it?

But I never gave up on magic and I never lost that appetite for being transported. I just switched my loyalty to a different school of wizardry: rock and roll, guitars, and songwriting.

I know this is kind of a cliche, but it's totally true. I walked across the bridge that is, was, and shall forever be Led Zeppelin. Lyrics tracing the strange (and morally dubious) connections from fantasy conquests to sexuality and girls. Huge riffs and drums. Vocals like some strange valkyrie. The whole thing sounds like it's taking place on top of the mountain of the gods and there's nothing quite like it. Yeah...a lot of it is ridiculous and, like I said, as much as I love it, there's definitely some really questionable aspects to it. Appropriation, some misogyny (perhaps unintentional, but there nonetheless), shallowness, excess...but it's also glorious and probably saved my life as a lonely teenager.

So, that's where I started. I believed that, if I learned to play guitar and could write songs like that, I could also be transformed.

And here's the crazy thing: I was! I totally, 100% was. The road of songwriting, the path of guitar playing, the pursuit of tapping into the music and getting out of my own head...all of them led me to experiences and people and a level of "cool" that I could never have dreamed of otherwise. Yeah, sure, I'm still a nerd and may never actually be a rock star. But I've played guitar solos that made people scream for more, I've turned up loud and heard my guitar echo out across the festival as the sun went down, I've written songs that made people cry, I've worn ridiculous clothes and pulled it off, I've worn ridiculous clothes and didn't pull it off, I've nailed tunes in a single take in the studio, I've done drugs in legendary venues, I've been stone cold sober in unknown rooms and had a better time (but I still tell the other story)...in short...I've actually been and FELT cool.

"Where's that confounded bridge?" It was Zeppelin and grew into the Stones, The Beatles, Radiohead, Bowie, Bob Dylan, Hank Williams, Emmylou, Jason Isbell...so much, so many. Those are some of the big ones, but I've been moved and transformed by so many in so many genres. And, more importantly, walking across those bridges for more than two decades now did forever change me.

And that's because a song IS a spell. It transports you, it allows you to see and feel that your own life IS epic, it ties you to the universe, it allows you to escape yourself and be transformed into and merge into something bigger and beautiful. And trying to be that kind of wizard has strange and powerful effects on the course of a life.

But here's the hard and kinda shitty part (and how it will all connect back to the changing nature of the self): if a song is a spell, the caster can never fully fall under it. Even more, the spell caster often can't even tell if the song worked.

Imagine if you had somehow learned a spell of invisibility. When you cast it, nobody would be able to see you. BUT, to yourself, everything would still look normal. You'd look at your body and see it just fine, you'd see yourself in mirrors, etc.

So...would you have the courage to tell your friends, "Hey, check it out! I've learned a spell of invisibility!"...cuz...I mean...what if you didn't? Cuz that's totally crazy.

And, to make matters worse, what if the magic was unreliable and only worked on SOME people but not others? To some, it would be an astounding transcendence of the day-to-day laws of the world. To others, you'd just be an idiot, waving your arms around trying vainly to "get attention" for your pathetic daydreams.

The only way to tell is to go for it. To cast the spell and then let it out in the world. And, usually, you'll think it was a spell and it wasn't. Or maybe it was kind of half of a spell and you'd ALMOST pulled it off and then you did something dumb and broke the magic. Or maybe you did the right spell for the wrong person.

Anyway, I didn't always have that courage. I've written hundreds of songs by this point in my life and recorded dozens, but I've often failed to share them in any meaningful way. I couldn't hear them clearly and I couldn't see if the magic was there and I didn't trust my gut. I knew so intimately the dumb parts and I forgot that even the best music has fodder for mockery (Led Zeppelin, anyone?). And so I buried it and tried again and moved on.

But time is a funny thing and the "self" is a moving target.

For reasons involving pitching a song for a TV commercial, I recently had to go back through all my old recorded output. I was looking for tracks that might match the creative brief because, hey, why not make a few buck on some old songs if I could? (I didn't get it, but they asked me to submit again for future projects, so that's pretty good.)

But what I found was a pile of spells that suddenly worked on me. Because the "me" that recorded them and was so fearful of their shortcomings is not really the "me" that was listening to them. The years had made me a stranger to myself and I could actually see the magic.

Don't get me wrong; there were some serious clunkers in there, but there are songs I'm proud of. There are songs with real magic. There are things that I hated about them then - the ways they didn't match my goals, the innocence, the "uncool" - that now seem unique and valuable. I dreamed they were spells and they are.

So, I'm releasing them (after culling a few of the ones that really were just bad) along with one brand new track that I'm super proud of. The me that wrote them is still me and I can still live in these songs and bring them to life on a stage. So, it's time to give them their public airing and see if anyone else agrees with me. Maybe these were just spells past-me cast on future-me without knowing it, but I think and hope that won't be true. Maybe some of these will work on you or on your friends. Please let me know.

These are all up on SoundCloud now and should be hitting Apple Music, Spotify, and all the rest sometime in the next week or so. Here are the details: 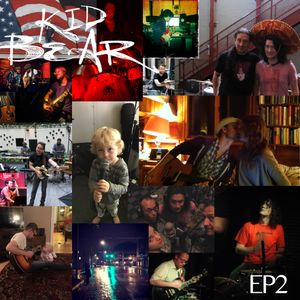 The first song in this collection is a brand new one, entitled "A Simple Thing" and I'm really happy with how it turned out. David Jamison and I tracked this together in my home studio and...well...like I said, I really like it and I hope you do, too. The rest of these songs (and the cover art) reflect some of my musical journey up to this point. Most of these have been "released" at some point or another, but not all, and none of them have been actually promoted in any way. I feel like these represent a pretty good cross section of who I am as a songwriter and I'm excited to get them out of my lonely hard drive and onto yours. 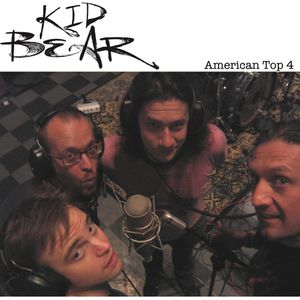 In June of 2007, I came to Chicago with Sonny Ratcliff (drums), Bucky Hayes (guitar), and Keven Mackall (bass), and we cut these 4 tunes live to tape at Electrical Audio in Studio B. Nick Kraska recorded and mixed them and then...well...then I left them on the shelf. Hearing them today, I want to go back and kick myself. I know what I feared or disliked about them, but it no longer seems to matter in comparison to the sheer energy and passion of the performances. (Sorry about that, guys.) 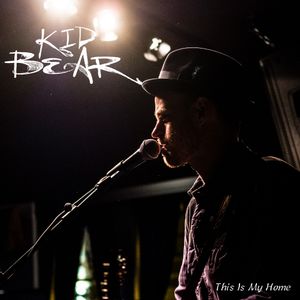 This Is My Home - https://soundcloud.com/kidbearband/sets/this-is-my-home

A recurring tension in my songwriting life has been between my more rock and roll tendencies and my singer-songwriter side. Big riffs and guitar or quiet acoustics and heartfelt lyrics. I still feel this tension today...like I should "pick one" or something...but I think it's mostly a false notion. So, here is a collection of acoustic "folk" or maybe "Americana" tunes I was way too scared to put out back when I recorded it. These are pretty naked and vulnerable and, hearing it now, I wish I'd had the same courage in releasing it that I had in making it. Oh! And and recording this album is also how I met David Jamison. He was the session drummer hired by the producer, so the very first thing we ever did together was play music together. Happy to say that, while lots of things in life have changed, we're still making music together.

Alright, that's all for now. I sincerely hope you give some of this stuff a listen and, if any of it strikes you, it would mean a lot to me to hear about it.

Hope to see you next Friday, 6/28 at Friendly Tap!